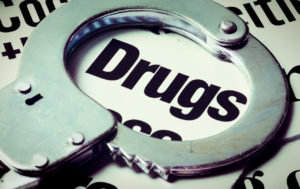 As a former prosecutor, Attorney Ron Herman knows exactly how desperate the government is to get more drug convictions. They want to make it look as if they are doing something to address the raging opioid epidemic, so they are cracking down harder than ever on anyone who is charged with a drug crime.

In this climate, it is easy for the government to overcharge someone or charge someone improperly. Attorney Herman knows how to turn this reckless disregard for disingenuous charging decisions around on the government to the benefit of his clients, and how to get clients into diversion programs that allow them to avoid conviction.

Both state and federal laws prohibit the possession, manufacture, sale, and distribution of controlled substances, which include:

The majority of drug crimes in Florida are state-level crimes. How such an offense is punished depends on the type of drug, the quantity possessed, and the offender’s criminal history. Florida’s drug crimes range from first degree misdemeanors, punishable by up to 1 year in jail and up to a $1,000 fine, to first degree felonies, punishable by up to 30 years in prison or life imprisonment, and up to a $10,000 fine.

For example, possession of marijuana in the amount of 20 grams or less is a misdemeanor offense, punishable by 1 year in jail and a maximum $1,000 fine. If the amount possessed was over 20 grams, it is a third-degree felony, punishable by up to 5 years in prison and a fine not to exceed $5,000.

More serious narcotics offenses, such as drug trafficking, are often prosecuted at the federal level. If, for example, a person is charged with trafficking in 500 to 4,999 grams of cocaine, he or she can face up to 40 years in prison and up to $5 million in fines under federal drug laws.

Many drug crimes could be prosecuted under federal or state law, so what court any particular case ends up in depends on several factors. Who was involved? Where did the alleged crime take place? How serious was the alleged crime? Who did the investigation or police work that lead to the charge? These things will determine if the defendant is charged with a federal or state offense. Generally, more serious crimes, including crimes that involve activities in multiple states or nations, like drug trafficking, are prosecuted federally.

If you are facing drug charges, the government must prove that you are guilty “beyond a reasonable doubt” in order to convict you. As your criminal defense attorney, it is Ron Herman’s job to raise the shadow of a doubt in the mind of the jury.

By looking at the evidence the government has, and gathering additional evidence, it may be possible to show that:

Ron Herman also has a knack for knowing when the police or prosecutors have done poor investigative work or violated your Constitutional rights in their eagerness to arrest someone. In drug cases, he searches for flaws in the government’s case which may result in the suppression of evidence so it is inadmissible in court.

For example, if the police did not have probable cause to believe you were committing a crime and stopped your car on a whim, subsequently searching it without a good reason for doing so, any drugs they found may be deemed inadmissible.

If the police failed to read you your Miranda rights, it may make certain statements you made at the time of your arrest, including an admission of guilt, inadmissible in court. Contrary to popular belief, a Miranda mistake will not get your case entirely thrown out of court.

Other mistakes can get a case thrown out though. Sometimes the government’s sloppy or overly aggressive actions are so bad that the court has no choice but to dismiss your case.

Ron Herman is also a big proponent of Florida’s criminal diversion programs, and has persuaded the courts to allow many of his clients to go through such programs instead of going to trial. Diversion programs, as their name suggests, divert people from the criminal justice system into a treatment, counseling, or public service-based program. Upon the successful completion of a diversion program, criminal charges are dismissed and the defendant is free to move on with his or her life with no criminal record.

Experience You Can Trust

As a former prosecutor with over 150 jury trials under his belt, Ron Herman is widely respected for his experience in both Florida courts and federal courts. The media also recognizes that he is knowledgeable about criminal law, and as a result he has been quoted numerous times by Channel 5, Fox News, and the Palm Beach Post.

Clients who hire him can trust that he will vigorously defend them against the aggressive and sometimes improper tactics employed by law enforcement and state prosecutors to secure convictions for drug offenses.

If you have been charged with a drug crime, and are ready to get serious about mounting a defense, contact Attorney Ron Herman to schedule a free initial consultation.