Been Arrested For Cocaine Sales or Trafficking? 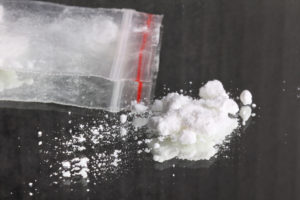 If you are facing drug charges involving cocaine, a Schedule II substance under Section 893.03 of the Florida Statues, it is critical that you enlist Criminal Attorney Ron D. Herman for an aggressive defense. Florida has some of the toughest drug laws in the nation, in part due to the state being a major hub for the importation and trafficking of narcotics. When the state is investing its vast resources to convict you, you cannot afford to forgo a strong defense.

Get Defense From A Top-Rated Drug Crime Attorney

While cocaine offenses are typically charged as a third or second degree felonies, if the defendant knowingly sells, purchases, manufactures, delivers or brings into Florida, 28 grams or more of cocaine but less than 150 kilograms, or of any mixture containing cocaine, he or she commits a felony of the first degree, which is known as “trafficking in cocaine,” punishable by up to 30 years in prison, or life imprisonment.

Get In Touch With Our Office For Help

Cocaine charges are not prosecuted lightly in Florida, and a conviction can result in a lengthy imprisonment. At Herman Law, P.A., we care about you, your freedom and your future. When the state works hard to convict you, we are working even harder to secure your freedom. Criminal Attorney Herman is a former prosecutor who has defended clients in over 150 jury trials. We fight to win, and you can be confident that we will work up your case to secure the best possible outcome.