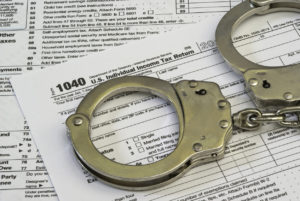 Navigating the tax laws can be complicated, and even simple mistakes can lead to significant financial penalties. At the same time, those who intentionally commit tax evasion will face vigorous criminal prosecution. If you have been accused of a state or federal tax crime, you need an experienced attorney who can level the playing field against the government.

Herman Law, P.A. is the premier white collar criminal defense law firm serving clients in Ft. Lauderdale, West Palm Beach and throughout South Florida. We are well versed in the state and federal tax laws and have extensive experience defending clients against tax evasion, tax fraud and other charges.

What is tax evasion?

It is important to note that there is a difference between tax avoidance and tax evasion. Tax avoidance is the lawful mitigation of tax liabilities by individuals and businesses using means that have been approved by state and federal tax authorities, such as taking legitimate tax deductions and tax credits.

Tax evasion, on the other hand, involves the deliberate misrepresentation of assets in an effort to avoid paying taxes. This includes activities such as:

In addition, tax evasion is frequently associated with other white collar crimes such as mortgage fraud, money laundering and insurance fraud.

The penalties for tax evasion depend on whether it is a civil or criminal offense and the amount of taxes that were not paid. In Florida, tax evasion can involve income tax filings by individuals or a business failing to remit sales taxes. In this regard, sales tax fraud occurs when a business fails to file taxes or pay taxes owed, submits fraudulent tax records, or fails to report accurate gross and exempt sales.

In any event, tax evasion at the state level can be charged as misdemeanors or felonies. In addition, to paying any taxes that were owed, penalties include:

At the federal level, both civil and criminal penalties apply for tax evasion, including fines up to $100,000 ($500,000 in the case of a corporation) and up to five years in federal prison. In addition, the Internal Revenue Service (IRS) can add monetary penalties to the tax bill, place a lien on real property, or implement a tax levy and seize income, financial accounts, and property.

At Herman Law, we have extensive experience defending clients against state and federal tax evasion charges. In order to pursue criminal charges, the government must show that you intended to avoid paying your tax obligation and that you were aware of the consequences of not paying. Possible defenses include:

If you are facing charges of tax evasion, tax fraud, or any other state or federal tax crime, don’t fight the government alone. Depending on the circumstances, we may be able to negotiate a tax resolution with the Florida Department of Revenue or the IRS. Regardless of the nature of the charges, our experienced attorneys will aggressively fight to protect your rights, your assets, and your freedom. Call our office today for a free consultation.