Are you being accused of assault in West Palm Beach? 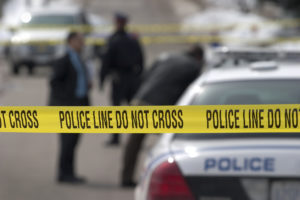 Assault is a serious accusation carrying life-changing implications. Being accused of assault will directly impact your personal and professional relationships. Many of your friends and coworkers may not understand that being accused of assault and being convicted of assault are different things. Despite the fundamental right of innocent until proven guilty, society has taken an alternate path often believing the inverse – that someone has done something wrong for an accusation to have been made or charges to have been brought. As a result, it is imperative that you retain the best legal counsel possible as early as possible if you have been charged with assault in Florida. Having proper legal counsel is the difference between maintaining personal and professional relationships; the difference between being fined and not; the difference between going to prison and not; and, the difference between moving on with your life and not. To protect your future, you need an assault defense attorney who is an expert in criminal defense, who will tirelessly defend your rights, and who understands how the prosecution and police operate.

For twenty years, Ron D. Herman has provided exceptional legal service to Floridians. First as an Assistant State Attorney in Fort Lauderdale in the Domestic Violence and DUI Units, then in West Palm Beach prosecuting crimes as a member of the Crimes Against Children Unit(Special Victims Unit). Seeing first-hand the issues in the criminal justice system, Mr. Herman moved to private practice to protect the accused’s right from an imbalanced system. Mr. Herman brings the inside knowledge of the police and prosecution’s tactics and strategy to his criminal defense practice – knowledge that can only be attained through prior experience as a prosecutor. Due to his passionate defense of the accused, notoriety as a talented negotiator, and exceptional trial skill, Mr. Herman has been recognized as South Florida’s Top AV® Rated Lawyers, one of Florida’s Super Lawyers® Rising Stars℠, and as one of the “10 Best” by the American Institute of Criminal Law Attorneys. If you have been accused or charged with assault in West Palm Beach, please contact our offices as soon as possible for a free consultation.

Under Florida law, an assault is the “intentional, unlawful threat by word or act to do violence to the person of another, coupled with an apparent ability to do so, and doing some act which creates a well-founded fear in such other person that such violence is imminent.” Florida recognizes a more serious charge that can be brought for an assault based upon the facts of the case known as aggravated assault. An individual may be charged with aggravated assault when an assault is committed with a deadly weapon without the intent to kill, or when an assault is committed with an intent to commit a felony.

Thus, a person may be charged with assault if they threaten to injure another person, have the apparent ability to do so, create a reasonable fear in the other person that they will act upon the threat. If that threat were made while holding a knife or gun, the prosecution could bring charges for aggravated assault.

What are the Penalties for Assault in Florida?

Assault carries heavy penalties under Florida law. Assault is a misdemeanor of the second degree and is punishable by up to sixty days imprisonment or a maximum fine of $500, or both. As a more serious crime, aggravated assault is a third-degree felony punishable by up to five years imprisonment or a maximum fine of $5,000, or both. Due to the severity of penalties for assault and aggravated assault, hiring a criminal defense attorney who understands how the criminal justice system works, and has a proven history of successfully representing clients accused of or charged with assault.

How Will Herman Law, P.A. Defend You?

With twenty years experience in criminal law, including time working as a prosecutor, Mr. Herman understands how the criminal justice system works and how it can often produce unjust outcomes without talented defense counsel. Mr. Herman is recognized by multiple legal organizations as being one of the pre-eminent criminal defense attorneys in Florida. As such, Mr. Herman is well versed in defending you from overzealous prosecution.

For the prosecution to gain an assault conviction, they must prove three elements: (1) that you made an intentional and unlawful threat to do violence upon another; (2) that you had the apparent ability to do so; and (3) that the other person had a reasonable fear that you were going to act upon that threat. Additionally, to prove that you committed aggravated assault, the prosecution must prove a fourth element – that you committed assault with a deadly weapon without an intention to kill. If the prosecution fails to prove any of these elements, even if the others are proven, you are not guilty. Thus, Mr. Herman will methodically review the facts of your case to determine which elements will be the hardest for the prosecution to prove and focuses on disproving those elements. As an example, Mr. Herman may recognize that the alleged victim had an unreasonable fear that you would act upon the threat. Everyday arguments often get heated with threats made, but most often there is no reasonable belief that the threat presents imminent harm. As a result, Mr. Herman would focus on proving that a reasonable person would have understood that the threat was made in the heat of the moment and no real imminent danger was present.

Having successfully prosecuted and defended thousands of accused individuals, Mr. Herman has the experience and tenacity that you need to protect your future from allegations or charges of assault, whether aggravated or not. Mr. Herman will fervently fight to protect your rights and help you navigate the delicate path that comes with being accused of or charged with a crime. If you have been charged with assault in West Palm Beach, please contact our offices as soon as possible to schedule a free consultation with our assault defense lawyer.