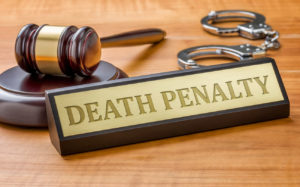 For a defendant, there is nothing more devastating than facing capital punishment. At Herman Law, P.A., we are passionate about defending the rights of Florida’s citizens and protecting them against zealous prosecutors who invest the state’s resources to enforce the death penalty.

As a caring and compassionate criminal defense attorney, Ron D. Herman is a firm believer in human rights, and therefore fights hard against capital punishment.

Florida Does Have the Death Penalty

The state of Florida does have the death penalty. Florida was actually the first state to bring the death penalty back after the Supreme Court of the United States had abolished the death penalty in the 1972 Furman v. Georgia decision. Florida performed the first post-Furman involuntary execution in 1979, and since that time has executed 87 convicted murderers. As of June 21, 2014, there were 396 inmates in Florida awaiting their execution.

In Florida, the capital crimes punishable by death are:

While many states abandoned the electric chair and switched to lethal injection, the Florida Senate opposed giving up “Old Sparky,” viewing it as a deterrent. After the botched Davis execution in 1999, lethal injection became Florida’s default method.

Many still view capital punishment as highly controversial and inhumane, especially where there is concern over executing innocent persons. If you are facing the possibility of capital punishment, we will aggressively fight to protect your rights, your freedom, and more importantly, your life.

Contact our West Palm Beach office immediately if you are being charged with a capital crime.