What happens after an arrest? 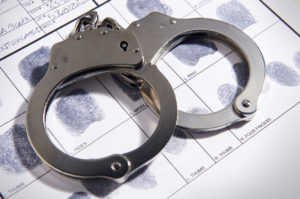 If you or a loved one were recently arrested for an alleged criminal offense in West Palm Beach, you should immediately contact Herman Law, P.A. for a strong and dedicated legal defense. Attorney Ron D. Herman is a former prosecutor with 15 years of experience and over 150 jury trials to his credit. With an AV® Rating from Martindale-Hubbell® for ethical conduct and legal ability, you can trust that your case is in very good hands when you work with Attorney Herman.

Whether a person is arrested at the scene of a crime, or if a warrant was issued for their arrest, or if an arrest was based on an indictment from a grand jury, the evidence must be sufficient enough to convince the court that there was “probable cause” to believe a crime was committed, and that the person was involved in the crime.

Defense Representation at Your Bond Hearing

As a defendant, it is extremely important to engage a skilled criminal lawyer as early as possible in a case. At Herman Law, P.A., we can represent you at your bond hearing and pursue a release on your recognizance, or at the very least we will pursue the lowest bond possible in order to expedite your release from jail.