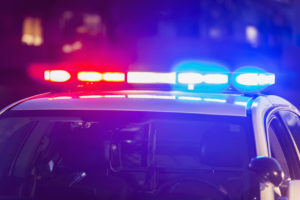 In some cases, probationers are given strict conditions that are either difficult to adhere to, or something happens that is beyond their control and causes them to violate one or more terms of their probation. At Herman Law, P.A., we represent probationers who are accused of probation violations at their hearings. We understand the gravity of this situation and will dedicate our efforts to helping you avoid the harsh consequences that could follow a probation violation.

Accused of violating a term of your probation?

In Florida, probation is a court-ordered period of community supervision under specific conditions, which cannot exceed the maximum sentence for the criminal offense. Under Section 948.03, Common examples of terms and conditions of probation, include:

Violation of any one condition could result in revocation by the court, along with the imposition of any sentence, which may have been originally imposed before placing the offender on probation.

If there are reasonable grounds to believe that you have violated your probation, you may be arrested without a warrant and returned to the court that granted the probation, or a trial court judge may also issue a warrant for your arrest.

A probationer is given the opportunity to be fully heard and to be represented by defense counsel at a hearing. The judge will evaluate the weight of the evidence against the offender, and other facts considered relevant when deciding whether to revoke probation. If you are being accused of violating your probation, having West Palm Beach Criminal Attorney, Ron D. Herman prepare your defense and represent you at this hearing can be extremely helpful to the outcome of your case.

Contact our firm for a free consultation with Attorney Herman!