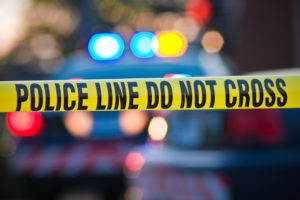 If you have been accused of burglary, your future depends on a strong defense. At Herman Law, P.A., we will fight your rights when the government is investing its resources to convict you. You deserve tenacious defense representation, and we will work diligently to reduce your charges, or obtain a dismissal or acquittal in your felony burglary case.

What sets Attorney Herman apart from the competition?

In Florida, burglary is a first degree felony, punishable by a term of imprisonment not to exceed life in prison, if during the course of the offense, the offender:

Burglary is a felony of the third degree if the offender does not commit an assault or battery, and they did not use a dangerous weapon, and there was no one in the home or structure at the time the offender entered or remained. Third degree felonies are punishable by up to 5 years in prison.

Call Our Defense Firm For A Free Consultation

Burglaries are felonies, thus, it is essential to work with a skilled West Palm Beach criminal lawyer such as Attorney Ron D. Herman to challenge the evidence in the case. In order to be found guilty, the prosecutor will need to prove beyond a reasonable doubt that you entered a home or structure with the intent of committing a crime.

If we can introduce sufficient doubt, it may be possible to get your charges reduced to misdemeanor trespassing, or there may be another alternative that could help you avoid a felony conviction.

To learn more about what defense strategies we would employ in your burglary case, contact our office at once to arrange for a free consultation!